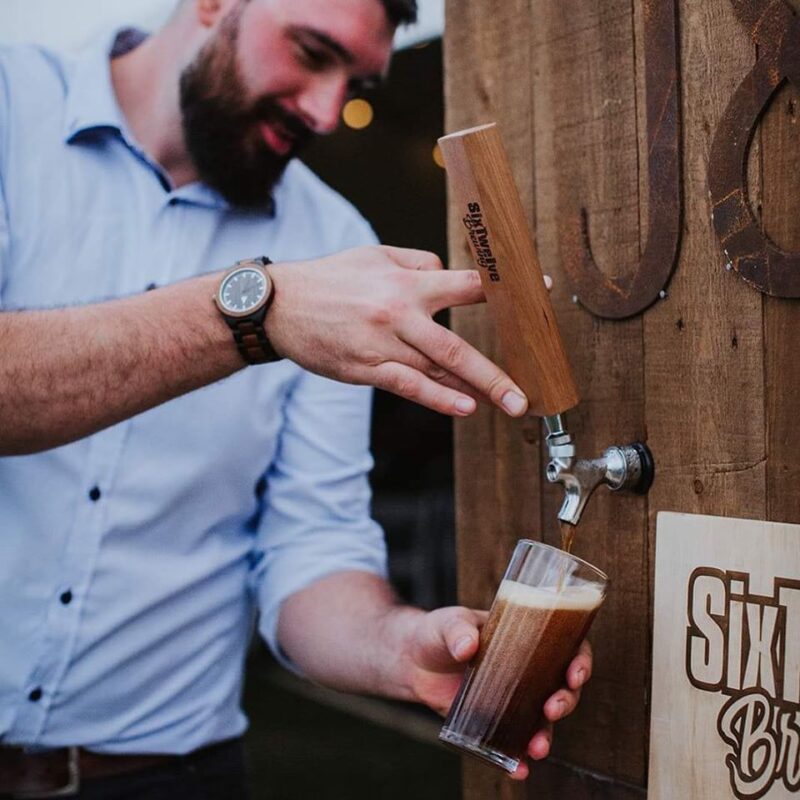 SixTwelve Brewing are the new kids on the craft beer block, currently establishing themselves in the North Eastern suburbs of Adelaide. We are beer enthusiasts with a passion, some might even say, obsession, for craft beer. After years and years of home brewing and fine tuning recipes, we’re finally taking the next step!

Our head brewer, Brad, follows his curiosity with new flavours and perfecting his technique by drawing on life experiences and discoveries throughout his brewing career. Make no mistake, he’s a numbers man so when it comes to the science of it all, he is the ultimate perfectionist.

Leading up the team, who we like to refer to as the Chief of War & Finance, is Alle. After nearly 15 years in the corporate world, an unexpected change in circumstance in early 2020 has given her the opportunity to be not only her own boss, but Brad’s as well! All jokes aside, Brad and Alle make the ultimate combo of ambitious dreamer and grounded realist with a serious appreciation of stainless steel.

Why SixTwelve you ask? Well, our main man Brad is 7foot tall! Yep, that’s 6foot 12inches of brewing genius and he can guarantee you, the weather “up there” is much the same as what you experience “down there”.

We’d love you to “size us up” and hope you enjoy our brews as much as we do!